In-flight connectivity is the new disruption businesses need. Here’s why

Imagine a scenario where you board a flight but are not required to go offline. You continue to stay connected to the internet and work on your presentation. Or you continue to stream the movie you have been watching. Imagine having uninterrupted access to data for business as usual and video services for learning or entertainment while travelling on an aircraft just as you do in office or at home!

Well, you don’t have to imagine this for much longer as it is soon going to become a reality.

Yes, In-Flight Connectivity (IFC) using satellite technology is going to become the new normal in the Indian airspace after recently getting a green signal from Department of Telecommunications. Airlines embracing this technology to not only provide the much-needed broadband services to their customers, but also enhance their own efficiency and augment revenue, will have the first-mover advantage in the Indian aviation industry.

In-fight connectivity services will bring cutting-edge benefits on the table for users as well as airlines.

Productivity has direct implications on the growth of the company, and the country in the larger picture. The Indian aviation market sees passenger traffic of 265 million a year. This is predicted to touch 400 million by 2020. This means millions of hours are wasted and productivity lost when people are offline when flying. In-flight connectivity services will give people these hours back so they can be used effectively.

It will also open doors to Internet of Things (IoT) for airlines to boost efficiencies with automation, real-time tracking and monitoring, reducing fuel wastage, and more.

Taking the IoT narrative forward, IFC also brings in new possibilities of real-time communication of onboard systems. This will eliminate errors and ensure robust safety measures are in place.

In addition, in-flight connectivity services will fulfil the strong demand for voice calls when flying within the Indian airspace – something that hasn’t been possible so far due to regulatory restrictions.

Huge growth for the airline industry

According to a research report, the global IFC market is expected to touch US$130 billion by 2035. It is a massive opportunity for airlines as it is expected to rake in US$30 billion in revenues for them. Not only can airlines capitalise by providing in-flight access to its customers, they can also make a lot of revenue from in-flight advertising.

In our connected world, IFC will ensure air travel is no longer one of the last few connectivity-free zones. As IFC becomes the norm across airline companies and the 550 aircrafts in the country, one thing is sure that it is set to radically transform the industry. 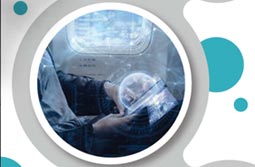 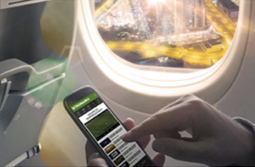 Communication today is an integral part of human life and has become lifeline for businesses.. 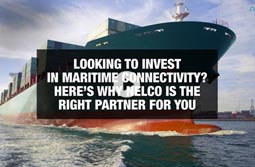